Catch 22, by Joseph Heller illustrates the negative mental effects that war inflicts on its participants, during the setting of WWII. Heller primarily targets the lives of soldiers on the front line, and how each man copes with their internal conflicts differently. This aspect of the novel presents particular interest due to the authors ability to allow the reader to gain insight on each soldiers mental conflicts, and how each soldier physically, and mentally react to differing situations. For example, the quote states “As far back as Yossarian could recall, he explained to Clevinger with a patient smile, somebody was always hatching a plot to kill him. There were people who cared for him and people who didn’t, and those who didn’t hated him and were out to get him” (Heller 19). Yossarian, the protagonist of the novel, subconsciously utilizes paranoia to cope with the mental struggle of war. His paranoia is the product of the constant everything’s out to kill you mentality in war, and therefore has crept its way into normal life for him. This insight on a soldiers coping of war, which we as ordinary civilians in society can’t possibly comprehend, is the most interesting topic at this point.

That being said, the novel often brings in multitudes of differing characters within its chapters, and at the same time never mentions them again after that particular scene. This leads to a confusing roster of characters, that makes it a intricate process of keeping track of each persons personalities, quirks, and tribulations. Furthermore, each character often uses anger as their primary coping mechanism. This makes each confrontation with another soldier extremely repetitive, since the reader already knows the main character is going to get into a fight with the other soldier. These reasons often take away from the enjoy-ability of the novel, interrupting interesting scenes in which the author dives into a soldiers mental coping of war. 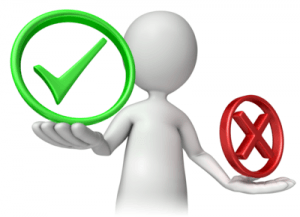 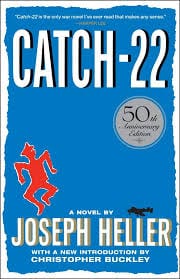 Catch-22, written by Joseph Heller, describes Yossarian, a cunning bombardier fighting in the second world war. Currently, he’s stuck in a hospital with several other injured soldiers, oblivious to the war going on just a couple of miles away.
However, most of these men carry self-diagnosed injuries, desperate to escape the horrors of the front lines. I thoroughly enjoyed the character dynamic of the different soldiers, each man conscious of the fact that soon, they will be discharged from the hospital, forced to return back to the war. Each man emotionally takes this fact in their own way. For example, Yossarian and Dunbar, a fellow soldier in the bed next to him, attempts to make most of their time. The two joke around with the nurse, enjoy hot meals, and spark conversation with the other soldiers about their lives back home.

However, some dynamics of this first chapter were confusing, and presented no new advancements towards the story. One of the prominent reasons for this is due to a random chaplain that suddenly appears. Yossarian and this chaplain exchange a awkward conversation with each other, followed with long pauses, and warnings of the patients in the mental hospital nearby. Furthermore, a fatally wounded soldier passes away after a few days in the room with the men. Yossarian takes this opportunity to verbally abuse the man who bunked next to the dead soldier. This conversation is abrupt in the story, and doesn’t reflect Yossarian’s personalty that was seen previously. The first chapter of Catch-22 introduces the character Yossarian, a soldier in the United States Army, and his desperation to escape the brutality of the second world war.